Mandi is said to be a blessed city, famous as a 'historic city' which is located over the banks of the River Beas. This town has become a very holy town, due to the Sage 'Mandva' who meditated here for a long time. Mandi has been a giant commercial center which has been developed since many years. While, the region is well-known for its rich culture and history, that is displayed by its temples that have a greatest tourists draw.

There are many interesting places to visit around Mandi region such as the lakes, hot water spring, forests, valley, forts, and other places that you can plan during your weekends.

Below mentioned are the weekend escapes from Mandi of Himachal Pradesh:

Janjehli is one of the most popular tourist places meant for the trekkers, and lies just 85 Kms from Mandi. It is a great paradise for the trekkers or hikers, to move up to the 3,300 meters from Mandi. One can travel on a motorable road till Gohar (32 Kms), and then start the rest of the journey via foot. While, the middle of the thick forest is 15 Kms from Gohar that is the Bajahi. 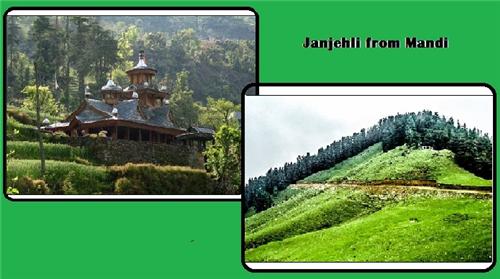 Janjehli is a wonderful place that is very well-furnished rest house to stay overnights from here, and it is a stint that is 20 Kms away via the bridle path.

Sunder Nagar is situated with a height of 1174 meters, and is popular for its temples called 'Sukhdev Vatika' and 'Mahamaya' temples. These temples are attracted by thousands of pilgrims throughout the year to the place of Sunder Nagar.

This small village of Sunder Nagar is about 26 Kms, and is a very beautiful fertile valley that welcomes every traveler.

The 2 giant rivers like the Beas and Satluj have joined here and have given birth to the Asia's biggest Hydel Project generation electricity.

Rewalsar Lake is in square-shaped with a shoreline of 735 meters, and is known for its floating island. The lake is connected with the Nag Cultus (Serpent Worship). This lake water is said to flow underground with a distance of 10 Kms from Mandi on the Mandi-Shimla National Highway; i.e, from the Rewalsar to the 'Nagchala'.

The Hindus believe that, the 'Lomas Rishi' performed penance on the Lord Shiva, who got pleased with the Lomas Rishi, gave him 7 floating islands. Thus, it is considered as a holy place.

This place is established over the mountain area, and can be reached within an hour to this place from Mandi region. Once you reach the region just visit this jewel-like lake, where water as well as the woodland along with the high hills are seen. The Mandi region presents the natural beauty of the excellent spot that is sacred for the castes like the Hindus, Buddhists as well as the Sikhs.

It is said that, the Indian Tantric Teacher called 'Padmasabhava'  influenced that, the Mahayana Buddhism widely spread over the Tibet, and there are also certain islands which starts to float reed over the 'Rewalsar Lake'. There is also a belief that the spirit of Padmasabhava reside in them, and even the Sikh Guru known as 'Gobind Singh' stayed here for a month.

Prashar Lake is a kind of interesting place that lies in a cup-shaped valley. While, the place is surrounded by a temple that is draped by the amazing scenic beauty. There is a wonderful lake that lies on the sacred lake of the Rishi Prashar (Sage Prashar), which is high on the hill, and is said to be a great penance place of this Rishi. 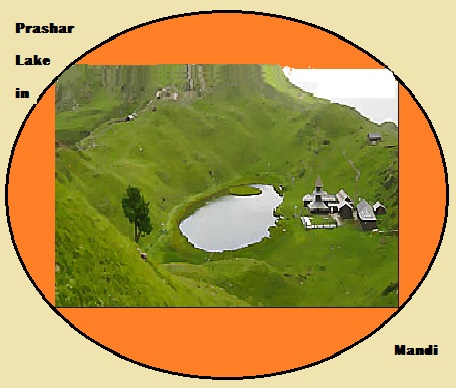 Parashar Lake has grandeur views of the snow-clad mountains, as well as the temples near this lake has 3-tiered Pagoda type, that has been attracting several tourists with its beauty, and no other temple in the Western Himalayas compete the brilliance of the settings made by the Prashar Rishi.

Also, there is a fair that is conducted during the month of June every year, and people gather from all the neighboring villages.

Barot is a nice picnic spot located with a distance of 33 Kms from Mandi, and is famous for the Trout Fishing that attracts several tourists to this place.

The place is an excellent serenity for the trekkers with a height of 3,332 metres, just above the sea level. Also, there are enthralling sunrise and sunset through the temple that is really enlightening. Tourists will have to reach this place via the Karsog through the ‘Bakrot’ known as 'Chindi'; or one can reach the place through the Gohar known as the ‘Budhakedar’.

Jogindernagar is the terminal of the wide gauge line through the Pathankot-Jogindernagar, and lies with a distance of 57 Kms from Mandi. It is a great journey from Jogindernagar to Barot (inside of the district of Mandi), over the haulage trolley is really exciting. 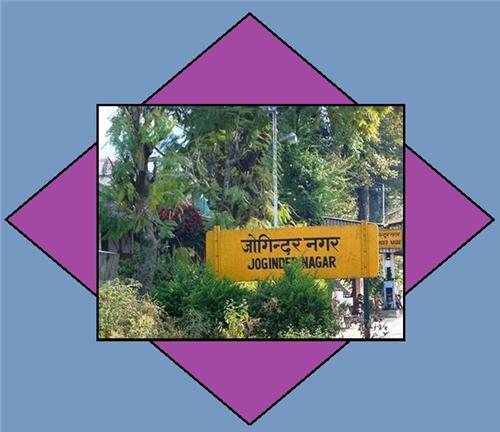 While, the Bassi power station is situated just 5 Kms and next to this station is the 'Macchial' that is treated as a holy destination. There is a holy place that is covered by the Shanan Hydel Project (constructed by the British), where there is also a Pandoh Dam, the Slapper Hydel Project, as well as the Rock Salt Mines, and Darang; these are some other wonderful locations that surround the Mandi town.

Tatta Pani is a hot water that lies deep in a scenic valley surrounded by many mountains, and this place called 'Tatta Pani' is established on the right-side bank of the River Satluj with an elevation of 656 meters. While, this destination is a natural sulphur pure spring, whose water level keeps changing. Also, it has a curing power, due to which, it was able to cure the bodily ailments of several kings.

Chindi is a small village and is well-known as an apple growing land, that is blessed with an excellent beauty. There are several small temples, which are established near to this place; while, this destination of Chindi, can be easily reached through the Tatta Pani from the Shimla, and is 107 Kms from the city of Mandi.

Kamru Nag Lake is another beautiful sport, where you can watch the resting resort made for the trekkers which seems to be 3,334 meters in height, just above the sea level at the Mandi region.